I’m almost there: in the modest oil smelling room of the painter…

Paris, an old building on the corner of a poor street, a flower merchandiser trying to make a living, a harmonica player on the other side of the road… same hopes sharing a slice of street.

Our painter would have chosen the demi-attic, so much cheaper, but the humidity and the low light wouldn’t fit the work… It’s painting that will put or not the bread on his table in the morning.

There are not the times he once knew….

He grabs the brush, the color oil tubes ….he throws on the easel a perfect tight canvas which will soon be replaced by a wavy grey wallpaper.

Then opposite to his rush, he meticulously arranges the rose to pose for him.

He steps aside, gazes at it and his hands just can’t stop… a fury of love, hunger, miss, all basics of life, all mixed together in a so called “simple painting of a rose”. 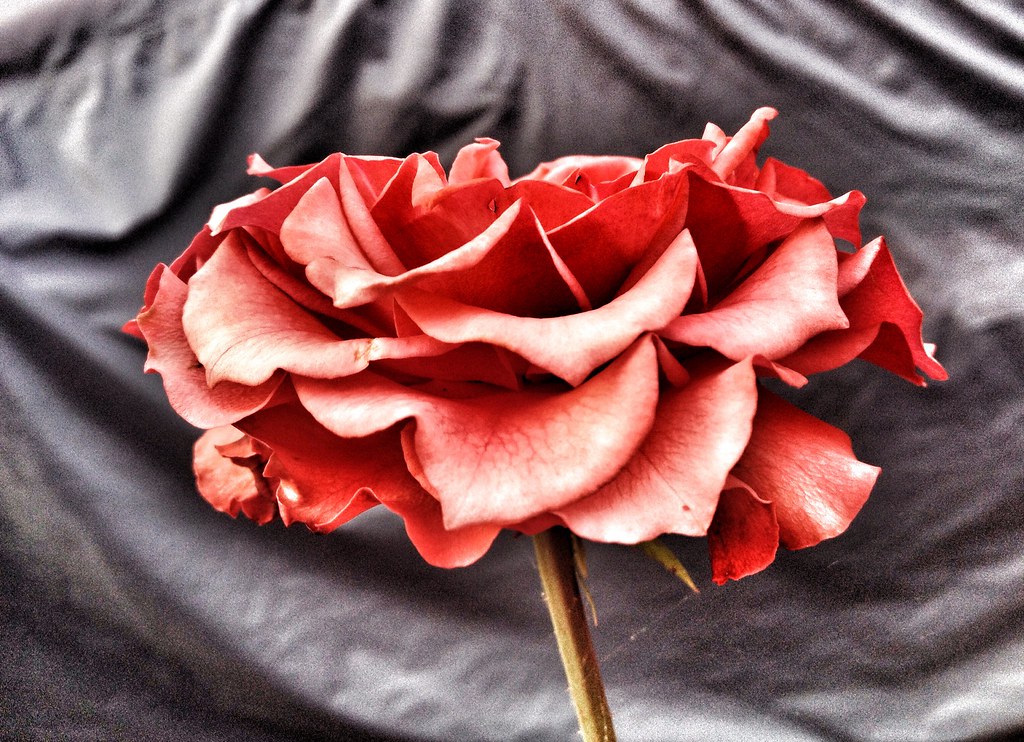 He finishes, throws the brushes, grabs a cheap cigarette that he handcrafted himself.

He stares… wondering if he’ll still like it after the air clears up.

Maybe some cheese, a red woody wine and a joyeuse chansonette, will make him  hope again for “la vie en rose”.

SEARCH IN THE BLOG